All films are available on DVD – click image to see a trailer. 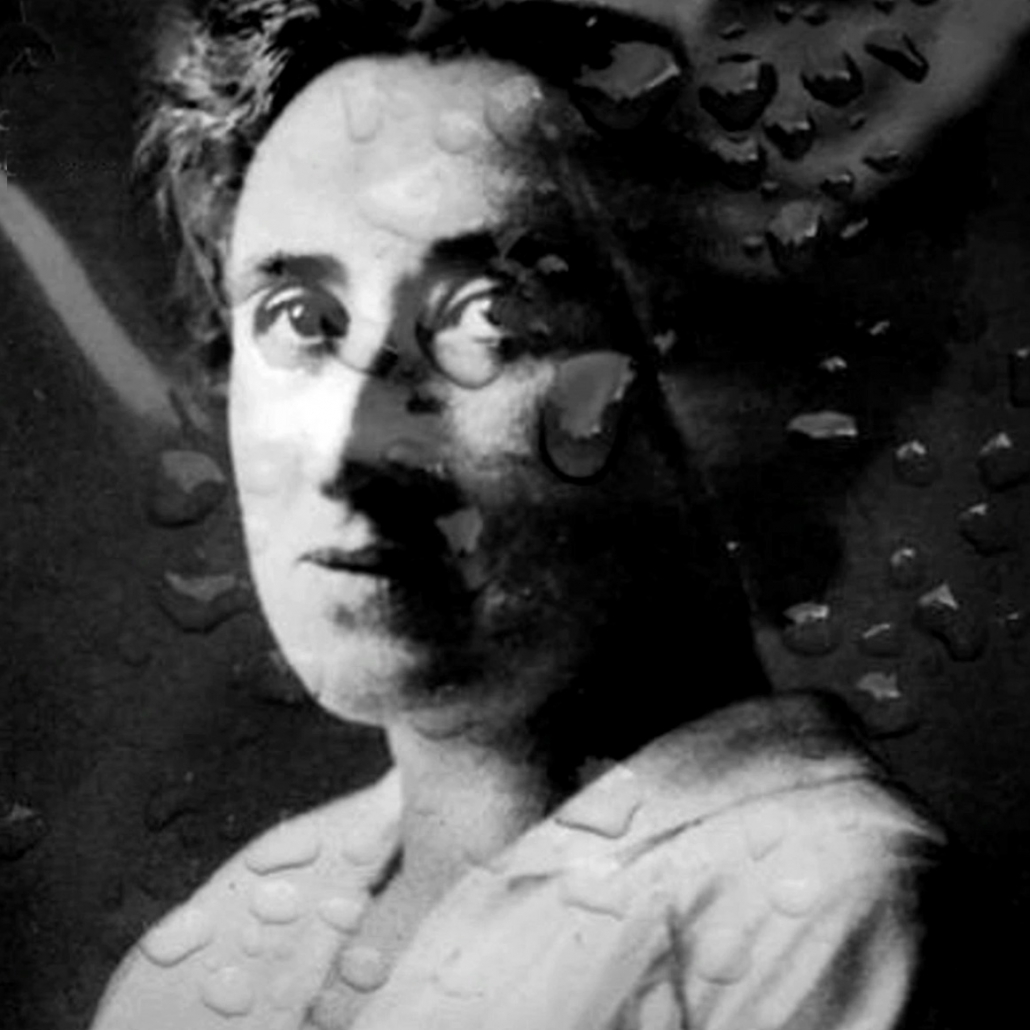 Located in Berlin and framed by a personal voiced address to the revolutionary Marxist Rosa Luxemburg, this essay film brings the largely silenced stories of ordinary individuals who resisted fascism during the Third Reich, into the present. Their stories are put in conversation with contemporary resistance against the right-wing nationalist party AfD (Alternative für Deutschland) through the activities of the Berlin branch of Omas Gegen Rechts (Grandmothers Against the Right). 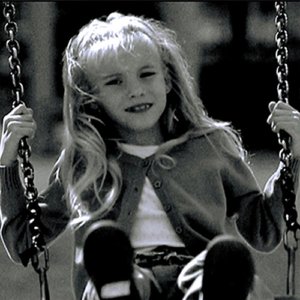 An autobiographical film that explores the lives of Jill Daniels’ socially repressed Jewish parents, Barbara and Bertie, when divorce was a stigma, and homosexuality illegal – and in the eyes of observant Jews, a sin. Moving from house to house, country to country, through divorce, remarriage and physical violence – rich one day and broke the next – Barbara and Bertie spend their last days together in a small flat in suburban London. 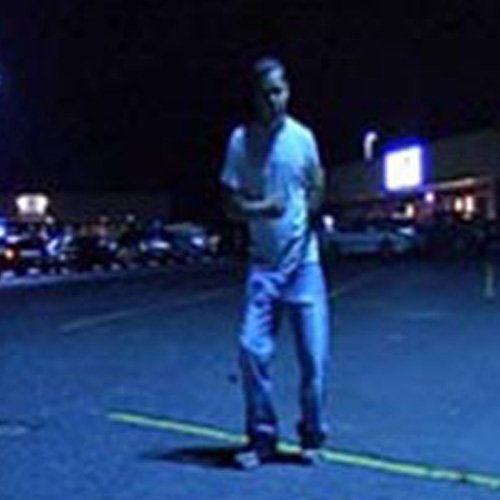 Hector was eight when his father brought him to Gainesville, in the heart of the American south. Olga was twelve when her father swam the Rio Grande with her on his back. Thomas was sixteen when his mother put him on a bus alone, with a bag of tacos for the 2000 mile journey. ‘Lost in Gainesville’ retraces their journey. 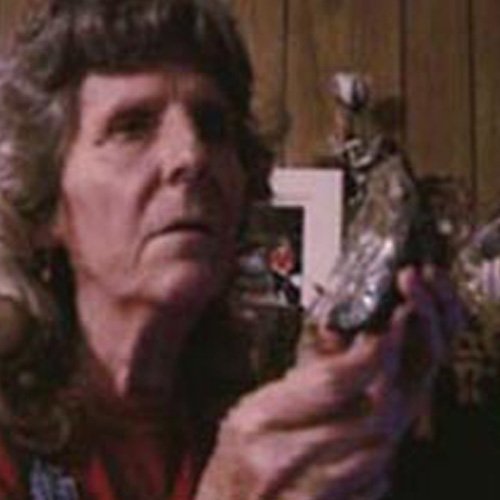 In a moving portrait, Fool’s Gold peels away the layers of affluent colour-co-ordinated shops, cafes and big cars to reveal a community, where people like Myra and Thomas, live out life untouched by the prosperity of tourism, who struggle with poverty but share the little they have with others. 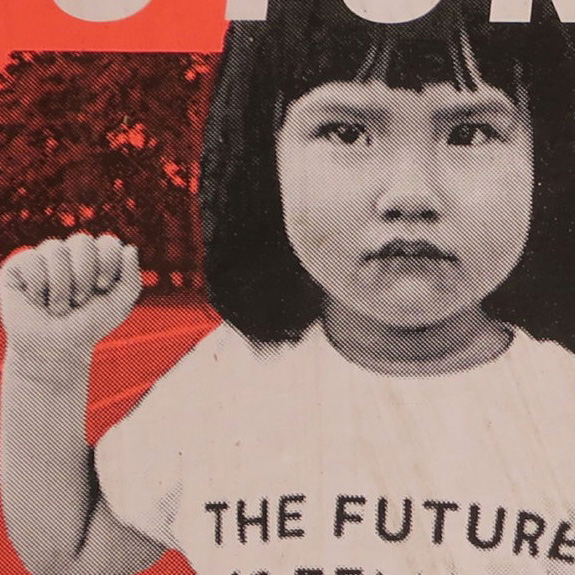 Part agit-prop, part essay film, Breathing Still creates a compelling portrait of Berlin, as the right wing nationalist party the AfD wins members in Parliament for the first time. Weaving together voice-over, stills, archive and found footage, Daniels’ flaneuse, a follower of the Polish revolutionary Rosa Luxemburg, who was assassinated by the Freikorps fascists nearly a century ago, explores Berlin’s memorials to Luxemburg and the Jews who once lived there. 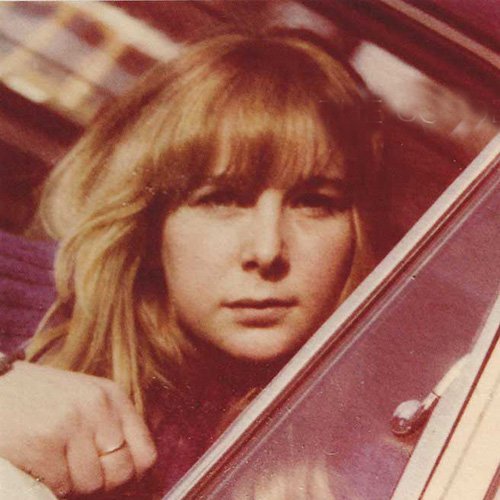 In this innovative film set in the Basque country, award-winning filmmaker Jill Daniels creates an evocative story of her own past through the wanderings of a young woman on both sides of the French/Spanish border while an unnamed man drives through the rain at night. 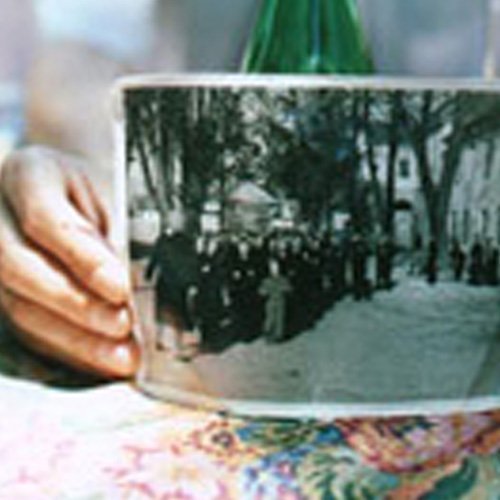 Next Year in Lerin

In 1948 during the Greek civil war, 28 thousand children, Greek and Macedonian, were taken from their villages by the communist-led Democratic Army and raised in orphanages in Eastern Europe. The Greeks never allowed the Macedonian children back.50 years later the ‘children’ mark the anniversary of their journey. They dance and sing and yearn for their lost villages. 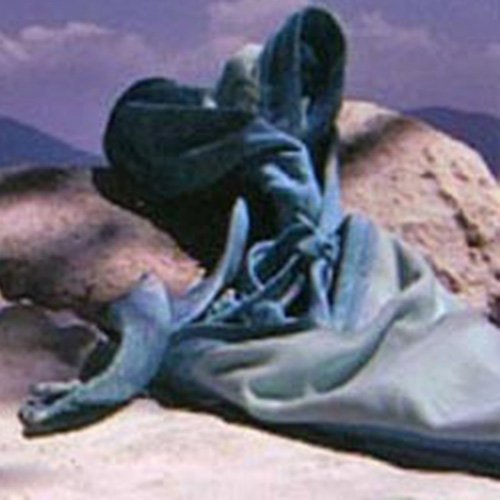 A homage to Kafka’s Metamorphosis, Spirits explores the undercurrents of fear and violence when two opposing worlds collide. 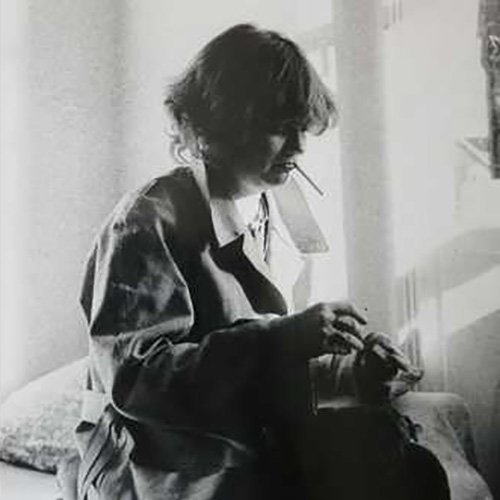 In Debacle a group of non-professional actors improvise scenes from Jean Paul Sartre’s thriller Crime Passionel and read from The Ipcress File, a thriller novel. The ‘group’ in Debacle has a vague political identity and its violent actions take place elsewhere. 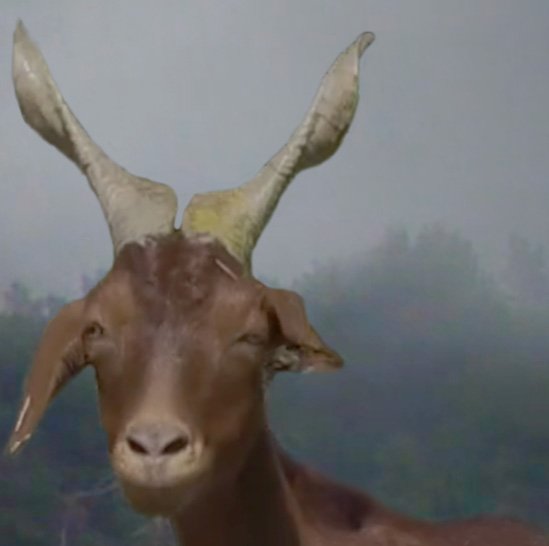 Journey to the South

Journey to the South is a compelling poetic documentary about a village, Castellar, in the south of France.
Katherine Mansfield struggles to write her stories, Pierre, a murdered shepherd reflects on the need to bear witness and the life of the village goes on. Daniels’ film is a rich meditation on past and present, on life and death, on creativity and what it means to be a human being. 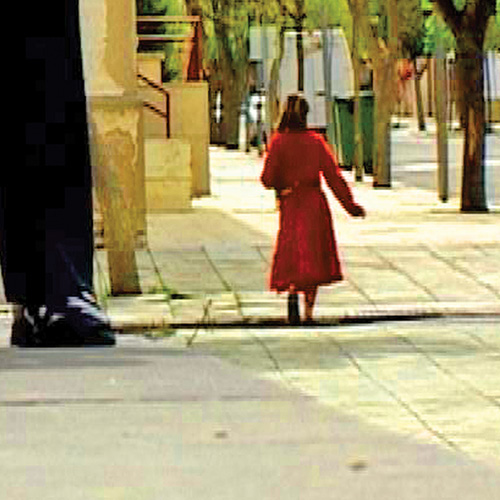 Rosa and Carlos, the ghosts of young Spanish civil war republicans, roam the ruins of Belchite in Northern Spain, waiting for the discovery of their unmarked graves. 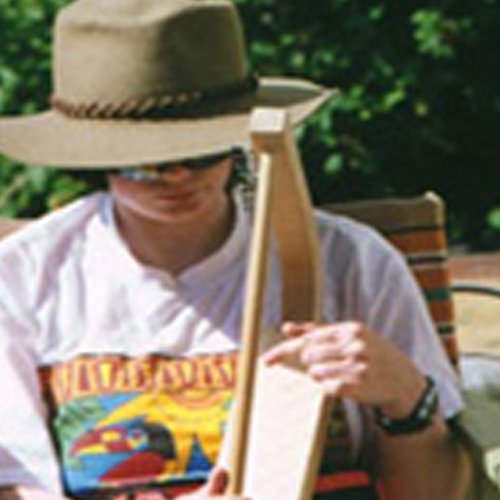 Alice is 29.  She and her friends Helen, Lynn and Julie have learning disabilities and it’s hard for them to communicate verbally.  Now they play Celtic harps and sing in The Dancing Drum.  For them, music says what can’t always be spoken; to feel what can’t otherwise be felt and creates a space where they will be heard. 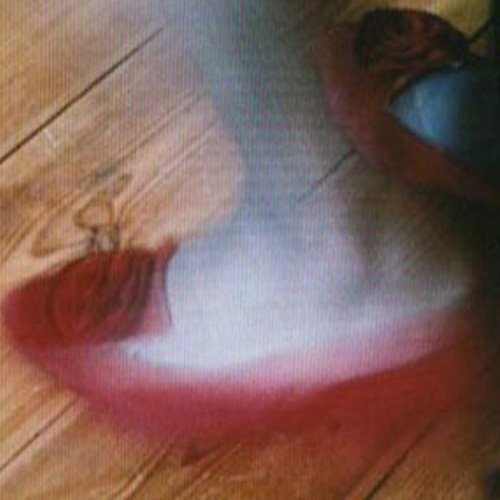 A compelling and mysterious film based on real events. 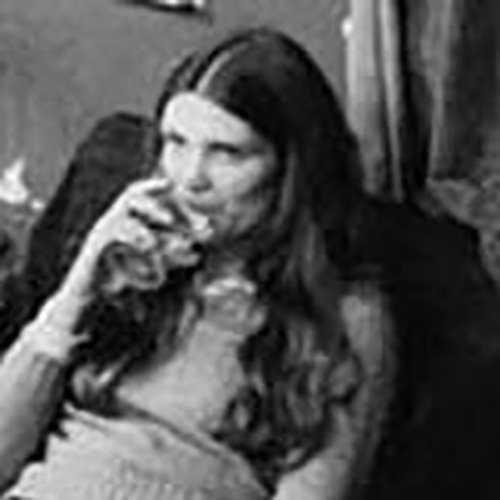 Description is shown on two screens. Shot using two cameras simultaneously filming the same subject, it explores the way we extract meaning from the process of describing, visually and aurally, using a minimal and highly structured framework. 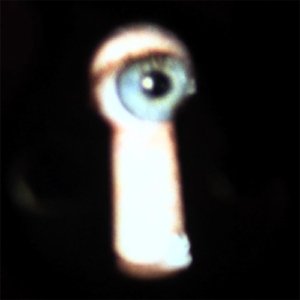 In the re-editing of her feature documentary My Private Life (2014) Daniels creates in My Private Life II, a powerful split screen view of the effect on her Jewish family history of her father’s unacknowledged sexuality. The characters appear in different screens to create different aspects of the complex familial relationships between parents and daughter. 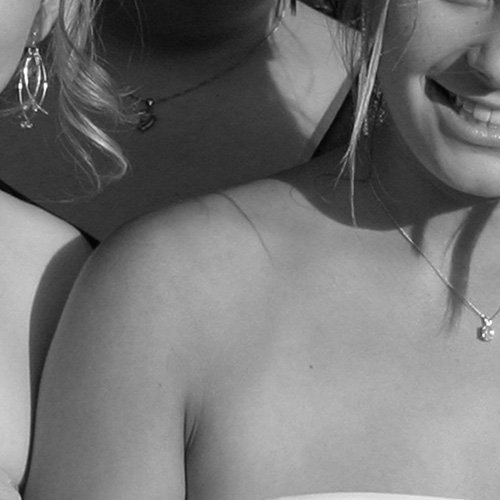 Shot over five years, a unique portrait of three adolescent girls, it shows the harsh realities of life in two small towns at either end of England at the start of the 21st century. 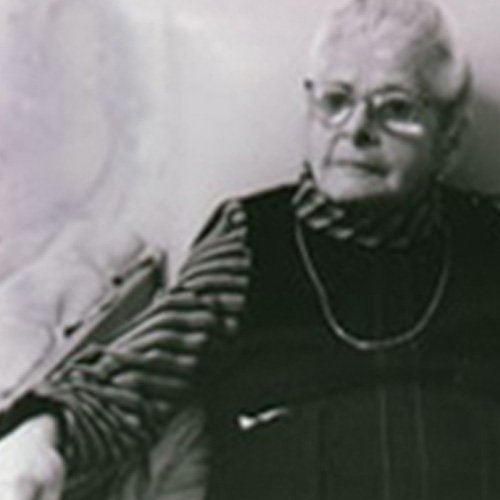 Ruben House is a Jewish old people’s home. Sixty people live intimately, side by side. They measure their days by meal times where salt and sugar are passed reluctantly and pills are taken unwillingly; by keep fit classes and film shows; by Biblical quizzes whose answers are unknown, forgotten or irrelevant. 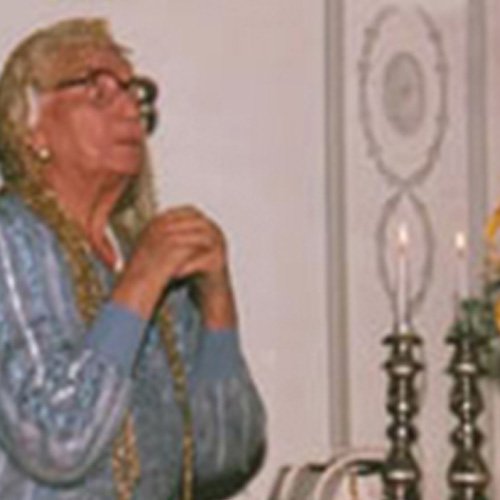 Daniels tells the story of her Jewish Grandmother Edith who emigrated from Romania to England in 1906 when she was eight years old.